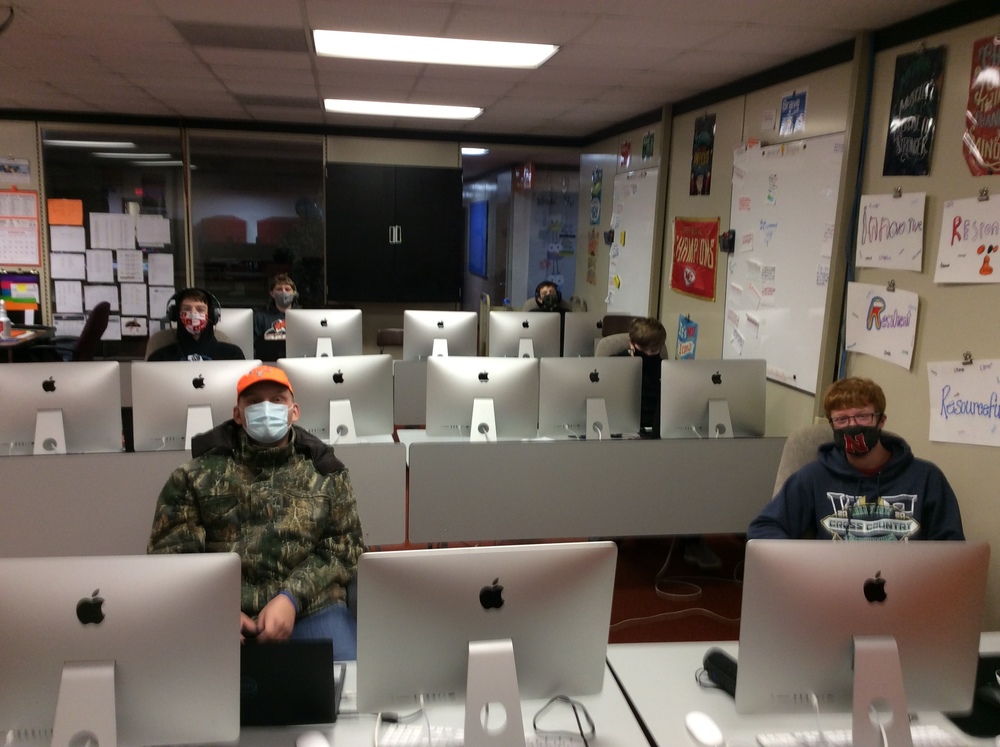 The Falls City Public Schools eSports Program competed in its first-ever Nebraska Schools eSports Association (NSeSA) State Tournament Saturday, November 21. The program’s Overwatch team qualified for the Final Four State Tournament by defeating Thayer Central on November 10. The team chose to play remotely from the Falls City Middle School computer lab instead of traveling to the official site on campus at Concordia University in Seward because of concerns surrounding COVID-19. The team placed 4th at state behind Louisville, Amherst, and state champion David City. The team finished 12-7 overall on the season and 6-1 in their division’s regular season.

The NSeSA, now in its third year, is divided into two divisions, one consisting of mostly Class A and B schools and the other consisting of mostly Class C and D schools. The fall season is played through the months of September and October with playoffs and state taking place the first few weeks of November. The spring season is played in the months of February and March with playoffs and state taking place in the first couple of weeks in April. For more information, you can visit their website at https://nebraskahsesports.com/. One of the neat things about the NSeSA is that competitions are open to grades 7-12, and all of those student-athletes have the opportunity to compete with each other at the varsity level.

The FCPS eSports Program just started this year and the sponsors are working with the administration and district to build on the resources they currently have in order to accommodate rapidly growing interests in electronic gaming at a competitive level. The program started as part of a new elective class, Technology Integration Group, offered at the middle school where students have the opportunity to learn how to use various forms of technology and computer programs to better serve them in their education. Because of limited resources, the program has focused on a small number of students who showed initial interest in the program. However, by the second semester, the program has plans to expand its format to allow for more student-athletes to get the opportunity to compete.

In the fall season, the NSeSA selected Rocket League, Overwatch, and Starcraft 2 as their games to compete in. For the spring season, they are offering Smash Ultimate, League of Legends, and Hearthstone. The FCPS eSports Program has plans to begin an intramural league of their own in conjunction with the NSeSA offered games to reach the interests of more FCPS students. Right now the program is looking at running their own Mario Kart and Fortnite leagues, which were two of the top games being played by FCPS students as indicated by a recent survey. Over one-hundred students in grades 6-12 responded to the survey and expressed interest in participating. For more information, you can contact one of the volunteer sponsors: Susan Findlay, Jamie Milam, Kory Huppert, or Jermoie Brown.