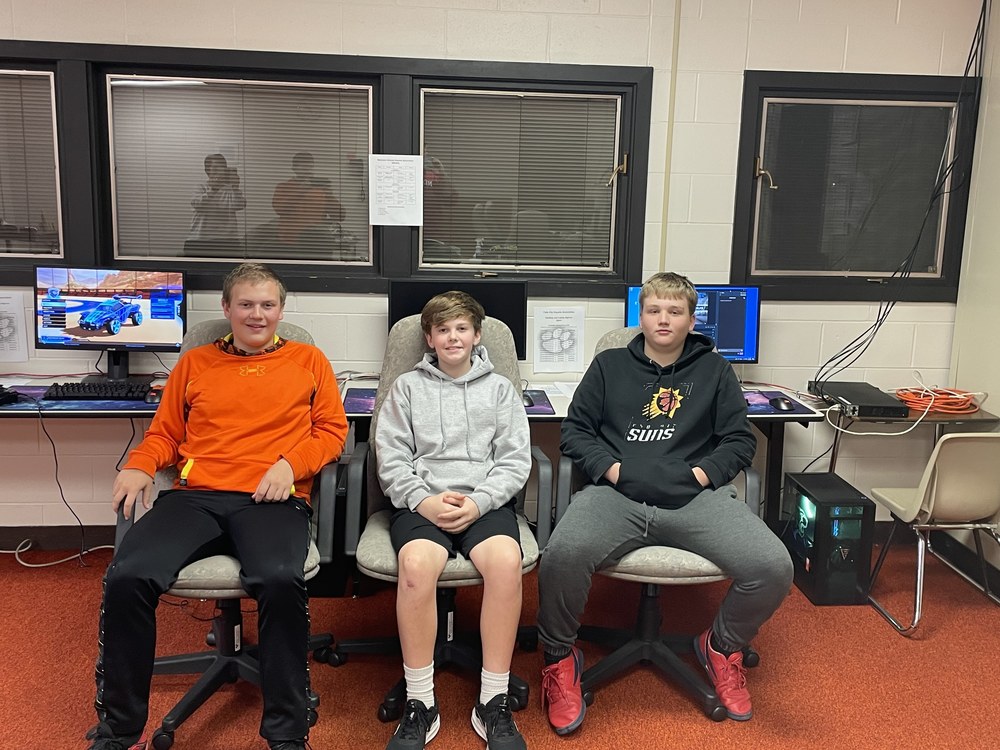 On Thursday, November 4, both varsity Rocket League teams competed in the NSESA
Division 3 Postseason Tournament. Both teams finished the regular season with a 10-3
record and were seeded #4 and #5 in a field of thirteen. After winning their first round
matches, the two Falls City teams had to play each other in round two for a chance to go to
the NSESA Final Four State Tournament hosted by Concordia University in Seward, NE, on
Saturday, November 20. FC 1 will face #1 Kearney Catholic (12-0) on Nov. 20. The other
two teams will be David City 1 (12-0) vs David City 2 (11-1).

Falls City’s Team 1 consisted of Peyton Brown, Ethan Boatright, and Eric Heinzelman, with
Ryker McCullough as the Team 1 sub. Team 2 consisted of Kyler Frederick, Chase
Simpson, Braxton Harmon, and Cayden Dunkhas and Chase Brown as the Team 2 subs.
This marks the second year in a row the FCPS ESports Program has qualified a team for the
Fall Season State Tournament. Last year, the Overwatch team qualified and placed 4th at
the state tournament.

The NSESA is in its fourth year (second year for Falls City), and it continues to grow across
the state, along with high school ESports across the county. Falls City was one of the first
ten teams to join and this year there are almost fifty teams with schools from all parts of the
state being represented. Falls City currently has around forty students in Grades 7-12
participating in their ESports Program throughout the year.

This winter, the NSESA will be competing in Mario Kart on Nintendo Switch, and the FCPS
ESports Program will also be competing in League of Legends matches against other
Nebraska Schools, as well as preparing for the Spring Season when they compete in Smash
Ultimate, Starcraft 2, and Smite.